Question:
What has God given us to show us how we can glorify and enjoy him?

Answer:
God has given us His Word (the Scriptures) which are made up of both the Old and New Testaments.

Scripture:
“All Scripture is breathed out by God and profitable for teaching, for reproof, for correction, and for training in righteousness.”
-2 Tim. 3:16

“The heavens declare the glory of God, and the sky above proclaims his handiwork.”
-Ps. 19:1

“For His invisible attributes, namely his eternal power and divine nature, have been clearly perceived, ever since the creation of the world, in the things that have been made. So they are without excuse.”
– Rom. 1:20

Summary:
You ever realize that some of the smartest people in the world, do not believe there’s a God? There are many people that are so smart in some of the most difficult things to understand, but they don’t believe that God created the heavens and the earth. Instead they believe it was all just one big accident!

Why is that? Well, the reason is that God did not make man to know everything from his own doing or from himself. Because only God knows everything, only God can give a true knowledge of anything in the world. Ever since Adam and Eve, that knowledge from God has come in two ways – natural revelation and special revelation.

Natural Revelation
Natural revelation is that which we can know just from seeing God’s creation. When we look at the world, we know something about God because of His creation. This revelation from God in nature is enough to leave us without an excuse of knowing there is a God and therefore we are accountable to God for that truth. But it doesn’t just give us knowledge, it also shows us that God is worthy of our praise and worship because of His creation.

Special Revelation
There is also a second way God reveals truth to us. The second way is through what is called – special revelation. Think back to the Garden of Eden. Even then Adam needed to hear God’s Word spoken to him. Although he saw nature, he still had to see it through the “light of God’s Word.” It was not enough to see that the fruit in the garden was “good”, he had to see it through the truth of “God’s Word” which he did not. God’s Word told him “Do not eat”, but Adam disobeyed that Word and therefore fell into sin.

So through God’s creation we can have a certain amount of knowledge of Him. But God also has given us His Word (the Bible) in order for us to truly know Him. When we talk about the Bible, there are three things we must believe about it.

It is True
The first is that it is true (infallible). Because the Word of God is from God, and God cannot lie (Num. 23:19), His Word also cannot lie. Many people try to say they are errors in the bible, but they only do so because they do not want to be held accountable to it, not because they have proven that it has errors.

It is Clear
The second characteristic is that the Bible is clear. Even kids can understand it (Eph. 6:1-3). That doesn’t mean there aren’t things that are hard to understand. It just means you don’t have to have a PhD to know what God requires from you. You can understand it as well.

It is Sufficient
Finally, the Bible is sufficient, meaning it is the final authority on all things. That doesn’t mean we don’t use other means to gain knowledge. There are certain things that Bible doesn’t tell us. But we must always place that outside knowledge in the light of God’s Word and never above it.

Nothing is equal to or above the authority of God’s Word. Always seek to prove all truth through the lens of the Bible.

Study Questions:
1. What are the two sources of “truth”?

2. What are three characteristics of the Bible we must remember?

3. What does it mean to call the Bible infallible?

4. What does it mean to call the bible clear?

5. How is the Bible the final authority on all things? Does that mean we should never use anything but the Bible to learn about God? Why or Why not? 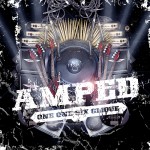 Amped in Stores and iTunes!

Get Ya Reach Ringtones

Please continue to do what you are doing here. Good study tools!

My Brothers. I can not begin to express the joy that I have for the way God is using you. I am excited for the Y-Generation and what He will do to advance the Kingdom. Young People Stand up!
Lets' Be 13 goin on 30. THAT'S WHAT'S UP!!!!
Grace&Peace.

hey my parents were so woried that i was making a wrong choice in my music area...well i was...but now i found a rapper that actually has some meanning to his rap!!! now my parents aren't as worried about me now... =D + =p + =-O + =*)

YO MAN THAT IS HOT IM FEELING ALL OF THIS STUFF THAT YOU ARE SAYING...I GOTTA PREACH SOME OF THIS TO THE PEOPLE AT MII SCHOOL.....

Man I cannot tell you how this website fills me up. Man y'all are helping me to free young ones on my block and in my church. Thanks for helping me stay relevant. I mean GOD BLESS and much love. Keep the party going man we still got a roof. Bless

Hi Sara, I am so excited about your new book! I lkoeod through your pages here, and it is so interesting. God has been nudging me to start a military wives ministry, and last year I approached our pastor about it. He was very supportive, just cautioning me that the work and commitment would be huge and that I would need to be able to commit to the time for prep and needs outside the study itself. I let go of the idea because Paula and I were working on we serve too! books and still are nearing the end of the process on book 3. I don;t know the timing, but Sara, that desire is there again, and I know that at some point your materials will be what I use. Thank you for making this resource available, so that others, who love God and our military, can do it without reinventing the wheel!I hope you will be blessed with much success!Kathleen

At last! Someone with real exstreipe gives us the answer. Thanks!