Apa Kabar, Reach family? That’s “What’s Good” in Bahasa Indonesian. As some may know, I was blessed with the opportunity to see Yahweh’s sovereign hand move in Indonesia.  Json and I spent two weeks in Papua, which is a province of Indonesia.  When I committed to the trip I had no idea what Papua was like or what an international (mission) trip would be like.  The LORD began to work on me from the word go. Faith to believe that I could receive my passport in time, because I was born in Canada, I had to go through tons of red tape. Faith to believe I could financially afford the trip, after support fell through.  Faith to know GOD would give a peace to my wife and family. I needed faith not to fear the planes crashing in the seas or being hijacked.  Challenged to believe that I wasn’t doing this for public approval, but for private worship.  But there was one thing I did expect.  I did expect to be more impacted by the people, circumstances and positions I was put in rather than thinking this American scholar was coming to fix all of Papua’s ills.  Even though, I was told repeatedly how encouraging Json and I were to the locals, I definitely believe they did more impacting than they know.  One of the most encouraging things was being told how happy they were to see brothers of the same skin color come to their land and serve.  We were the first Black missionaries (if you will) to come to their church.  I don’t want to sound as if I have come back with all the answers to church struggles but I would like to share four things that challenged me the most.

1) Persecution
• The Struggle: When I was told we were going to Indonesia, the highest populated Muslim country in the world, you could only imagine the thoughts that were running through my mind.  Then on top of that we were traveling during the Muslim holidays of Ramadhan.  By this time I had already made a commitment to go, so backing out would have only shown my fear to lose my life (Matt 16:25).  Then having Paul Washer tell Json and I, “he would see us in heaven,” once we told him we were heading to Indonesia during Ramadhan didn’t help any.
• GOD’S Glory: Two things could have come from this struggle. I could have either retreated from the idea of Persecution or I could realize that this life is not my own (Gal 2:20) and that my life is “literally” a living sacrifice (Rom 12:1).  Praise GOD that by his grace he gave me the real courage I rap about to fear neither weapon nor man. Once I caught that perspective my heart was free from fear of death or persecution. Although I wasn’t going to run through a mosque smashing idols, I didn’t shy from sharing with Muslims.
• Application: Don’t just rap about it, be about it. Live unashamed!

2) Prayer
• The Struggle: Having a higher education, decent jobs and freedom of religion, in the states can sometimes interrupt your dependence on GOD. Because of our resources and freedom, we can easily go to and fro eating; drinking and being marry without really trusting in GOD for everything.
• GOD’s Glory: I never prayed so hard before in my life, until this trip (Phil 4:6-9). The reality of possibly losing your life will bring you to your knees and make a real man/women out of you.  Also knowing that I got my shots and pills a week later than recommended really changed my prayer habits. (Lord keep me from illness, but if not to you be the glory) (LORD protect me from harm, but if not to you be the glory) (LORD this trip is going to put a dent in my account, but to you be the glory)… this trip changed the way my wife and I prayed forever.  I will never forget the night I left for the airport and my wife prayed the realest prayer I have ever seen.  With tears in our eyes and hugging each other, she offered me back unto the LORD (as not to make and idol of me) something like Hanna did with Samuel (1 Samuel 1&2).
• Application: GOD is concerned with everything, so pray about everything; therefore the Peace of GOD will guard our hearts.

3) Community
• The Struggle: I come from a church were we preach heavy community. Some people have even called our stances “Cultish”.  We believe Christ established the church for the purpose of using our Gifts to edify one another for God’s glory.  So everything should be done with the idea of “We” not “I”. But many times I see the structure well planned and thought out but the heart is far from him.  I still struggle with believing that nothing is mine but all is his for the use of the body. (Act 4:32) I don’t share all things with my brother. I’m not authentic and transparent with my brothers and sisters. I sometimes feel that I own my disciples and are solely responsible for their growth.  Sometimes I’m more concerned with rapping, bills and if Barcelona won this weekend (Yes I’m a soccer fan)
• GOD’s Glory: My heart behind community changed. I saw real biblical community. People living together. People sharing in all things. No body in need. The lack of concern for excess. Even the ways they read and study their bibles are more community driven than us. They literally lived out Acts. (Acts 2:42-47)
• Application: Pray that GOD changes my heart for community. That I would humble myself daily and serve my community.  Relieve myself of unnecessary responsibilities that remove me from community.

4) American Mythology
• The Struggle: I think as Americans we can mistake wealth, industrial progression, and comfort as forms of Godliness.  While they are not necessarily bad things, they can most definitely be detriments to our growth and character. How often do we make proclamations like: GOD has blessed America or America is a Christian nation.  In many countries on the East you can see the affects of imperialism and commercialism.  And that also rings true in Western churches as well as mission.  There are famous stories of Dutch missionaries in Papua who came and just built pretty elaborate churches but did not invest in the people.  Json and I struggled with the idea of coming not to changed their structures and philosophies but to change the hearts of the people. I found myself getting mad at some of the testimonies only because “We wouldn’t do that in America”.
• GOD’s Glory: After praying with Json two nights into the trip, GOD opened our eyes to the reality that these are different people with different struggles and they will not conduct church or life in that manner the same way we do. After being rocked by the hearts of these people, I began to think, why do we send missionaries to places like Papua? They need to be sending missionaries to America. While I was wondering does anybody in the church know what T.U.L.I.P is? They were wondering how to gather enough money to pay for a sister medical operation.
• Application: Be careful with exalting the means over the end…or GOD. Structures, ideologies and philosophies are good but not godly.

I understand some of these statements are broad and a bit hasty.  Every country, culture and fellowship has his or her problems. But I do believe this is a common struggle for Americans and westerners of the Faith.  I do not believe all individuals are called to overseas mission. But I would challenge those capable of taking a mission trip do so. It may not challenge you the way I was, but I know it will challenge you. To GOD be the glory. Puji Tuhan (Praise the LORD)

Random Stuff about the trip.
• Json and I got to fly a Cessna Plane
• I ate two worms to Json’s one and a half (Cooked worms) but my man Andrew ate two live worms so that put us both to shame.
• We performed three concerts to a total of about 8000 people.
• We got to build with one of the top rappers in Indonesia “Saykoji”.
• We fell in love with Papua…permisi permisi

check my myspace.com/shobaraka for pics of the trip. 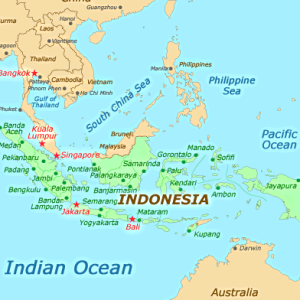 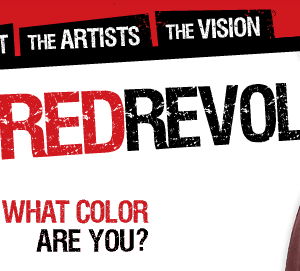 Good to hear that the gospel is hittin those places bro! Im only 14 bit I wish I could be spreadin the gospel like you guys travellin to other countries and across U.S.A, and to so many people. But I know that God has placed me hear so I praise him and rep him where I live. Keep reppin him and remember that we're blessed to even be able to rep him.(you probly already knew that but just wanted to encourage you). P.S Im a big soccer fan to, GO BARCELONA! But the Lord is first! Grace and Peace and GOD BLESS YOU!!!!!!!!!

Wow that's awesome that we have real M.O.G's in this world willing to pay the price to spread the best news anyone could ever here. Keep doin ya thing and i pray that God protects you on all your trips. God Bless

I can only imagin the fear you could of
had; keep doin wut u doin

I am encouraged that my child as well as myself has such a positive rolemodel in the 116 crew. As she listens to the music and I read this blog I see where her desire to "die 4 Christ" is reaffirmed. A youth group at my church was going to NJ where the kids died and I being a mom asked my 12 year old was she scared and she said "Send Me I'll Go" I said seriously Lex, kids died up there just minding their own busines. She told me bodly "my life is'nt mine for anyone else to take. I already gave it to the Lord." I guess I shared that to encourage you to keep doin what you do! The youth in, MD are reppin Christ unashamed thanks to the bold stance you all take! It sometimes is just as foriegn in our own back yard as it is in Indonesia. We just foud out about you all a year ago. We are hooked!

Every time I listen to the music you produce, I am blessed and empowered to do what I need to do. Stay prayed up and in the Word of God. Let the Spirit continue to work in your lives and keep doin' what you do!!!

thnx for the encouragement sho. we are gearing up for a similar trip to Japan and many of the things you've shared about are very real to me; fear, providence, trust, etc.
good to know others share the struggle. i dig what you said about community, seems like we may be missing it big here in la la land!

Thank you for the incredible testimonies. At work I listen all day..blastin this Jesus Musik..my coworkers ask me what I am listening to and I am unashamed, completely humbled, and on fire to share the gospel. thank you once again..you guys are beyond encouraging

so glad you had a good time fam!!

You know Paul Washer ? Wow, man that's big. I wish I could meet him. He's a stand up guy.

I went to the Legacy conference in Chicago and I remember you talking about your trip! I just wanted to let you know I was prayin for you and I'm so glad your trip went well.

It's true we get caught up in tradition and "being good", we miss the truth of the scriptures and the true essence of what it is to be "little Christs". may God give us persecution so we may grow in him!!!

I would like to say sho i love your music my question to you is the tatoos i see on yall videos are they real an as a christain do yall think its right.