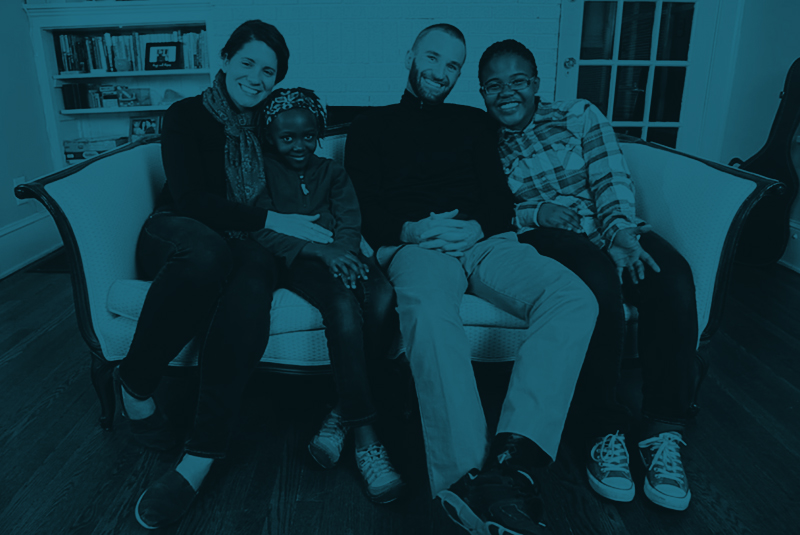 Claud Crosby is a 34-year-old emergency department technician and tuberculosis researcher who lives in Atlanta with his wife, Mary, and adopted daughters, Busisiwe and Nondumiso. Claud and Mary met their daughters while they were missionaries in Swaziland, an African country where they resided from 2005 until 2010 when they moved to Atlanta. In 2015, Claud graduated with a master’s degree in public health from Emory University. He will attend Morehouse School of Medicine this summer. His sole motivation for either degree is his desire to return to Africa.

During six hours that he spent in inner-city Philadelphia, Claud Crosby witnessed women prostituting, men selling heroin and thieves stealing the wheels and stereo from a parked car.

“This is home,” the 17-year-old native of a Richmond, Virginia suburb said. “This is where I need to be.”

Crosby had driven to Philadelphia to drop off his girlfriend for a summer mission trip, which he immediately planned to attend the next year.

In the summer of 1999, he returned. The recent high school graduate had signed up to spend the season serving in a drug rehabilitation program. He quickly befriended a 55-year-old crack addict named Anthony, who lived in his car and ate out of dumpsters.

“I didn’t know anything about cocaine at the time,” Crosby said, “but I just sat with the guy and decided I’m going to try to love this guy like he’s my own father.”

Crosby spent time outside with him every night. It was uncomfortable, but through Anthony, Crosby found comfort.

“[Anthony] smelled,” Crosby said. “He was just rough from living out on the street. I just said I’m not going to let all the surface stuff keep me away from this guy … A couple nights in, I heard the voice of God speak to me and say that I was sitting with Jesus, and that true worship was loving people. I responded, ‘If this is Christianity, I’m all in.’”

Crosby wanted to pursue missionary work in Philadelphia further. However, his parents, who were not Christians then, told him he needed to consider that while he attended college.

For the next two years, he repeatedly changed majors, trying to find something that fulfilled him as much as loving people in Philadelphia did. Everything failed, so in 2001, he dropped out and enlisted in a “First-Year Missionary Program” through Adventures in Missions (AIM), an interdenominational short-term missions organization.

AIM director Scott Borg had seen him display a unique ability to relate to inner-city kids in his first stint in Philadelphia. But the director knew that Crosby was special when he declined to quit the program despite the early departure of its leaders, as well as the September 11 attacks which shocked the nation days after his arrival.

“Claud was so full of faith and already cared so deeply about the people he was ministering to in the community through that program that he committed to stay,” Borg said. “I was like, ‘Yeah, this is going to be a long relationship between the two of us, and it’s going to be interesting to see what this young guy ends up doing.’”

That fall, Crosby met a woman who had also moved to Philadelphia in 2001 to serve the poor, Mary, who he married in 2004. They had led several overseas AIM trips together over those years, and they began to focus their efforts internationally even more as a couple. The Crosbys worked 10 months in China before the pandemic they witnessed on a couple of visits to Swaziland burdened them to move there in June of 2005.

In Swaziland, Claud led a First-Year Missionary Program that offered interns several places to volunteer, including a hospital. Ministry there introduced him to Busisiwe and Nondumiso, patients who the Crosbys proceeded to adopt. Hear how the family formed and overcame language barriers in the video below.

While Busisiwe and Nondumiso survived, many patients who Claud treated in Swaziland over the next five years did not.

“The statistics are tough to nail down, but somewhere around 30 percent of the population was HIV positive,” he said. “I ended up caring for a whole lot of really sick patients who were end-stage AIDS, and that really had a huge impact on me. We saw God supernaturally heal a bunch, and that blew my mind. But for all those that didn’t get healed miraculously, you go, ‘Man, if I had some skills to diagnose and treat these folks, I could’ve made a much bigger difference.’”

This is why the Crosbys moved to Atlanta in late 2010.

“Initially, I thought I’d either become a nurse, [physician assistant] or something quick that would get me back faster,” Claud said. “But the more I talked to people, and the more I worked with clinicians in Africa, the more I realized I got to do the med school thing. With med school residency, I’m seven or eight years away from being able to move back, but pretty much as soon as I can finish up my training, we’re ready to head back.”

Eight more years of school is a lot of studying for someone who admits he would rather invest time in his neighbors than study. However, memories of patients in Africa fuel his determination to graduate.

Claud still returns to Africa twice a year, and over the last few years, he has worked in the Democratic Republic of Congo with two obstetrics and gynecology physicians. On one occasion, he was part of a team treating a 13-year-old girl who rebels had raped and, as a result, had given birth to a child and contracted HIV. The team was treating the teen because she had developed a condition which left her body leaking urine and feces.

“There are many days I want to quit school,” Claud said, “but if the thought of her pops in my head — all this is so we can care for women like that, I’ll go to school 20 more years if I have to.”

Dema Luyindula, a Congolese friend of his and health communication specialist for the Centers for Disease Control and Prevention, said Claud could easily find a job in the medical field in America that would likely pay more than jobs other countries could offer him. But Luyindula knows that Claud is not in the medical field for the money.

“[Claud] has had to bury kids with his own hands because of lack of infrastructure, lack of care, lack of healthcare period,” Luyindula said. “For him, it’s now a personal thing. Because of the experiences he had there in not being able to help the helpless, I think he always told himself from that point on, he will return and make a difference because it was too much for him to be there and feel helpless.

“That’s very profound for someone his age to have that perspective … It’s much easier to stay where you are. You’re already familiar with your environment, lived your life here and lived the American dream. There’s already a path for him here. He’s going in a different direction.”

Since Claud started his studies in Atlanta, he and Mary have become members of Blueprint Church and founders of what he jokingly calls a “Christian commune.” They live in an old house which is cut into apartments, so they recruited other families to live on the floors above and below them. One of the people who they recruited, Justin Richards, raved about how Claud invests his time in building relationships with homeless people — just like in Philadelphia.

“I think everything shifted for me coming back,” Claud said. “My job title is no longer missionary, but I realize all the more now that the Christ-life is kind of what’s surging through our veins, and it’s a moment-to-moment connecting with the Father and seeing what he’s doing in people around us. I would say myself, but I really think our community of folks — our little commune — we’re day-to-day always asking God, ‘What are you up to? How can I serve you in the person in front of me on MARTA [public transportation], or the homeless guy in the park across the street, or the Muslim community that’s ever growing in our backyard here that’s often misunderstood by a lot of Americans?’”

Claud’s mission trips to Africa and Swaziland may look different, but they’re motivated by the same heart, which is why he continues to impact in Atlanta.

“In my role with AIM, I’ve worked with literally thousands of young people,” Borg said, “and Claud has a singular ability to love people where they are and to bring the reality of the gospel into every relationship I’ve seen him navigate. Never fearful; never offensive; never angry; just really driven by love for people. And he’s followed the Lord’s call on his life time and time again into some crazy situations and crazy decisions and crazy locations, and he just keeps saying yes.” 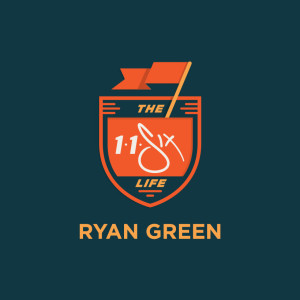 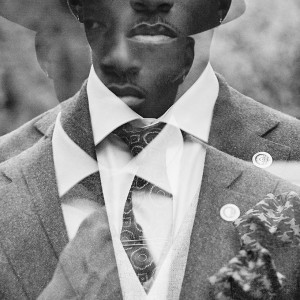 God grant you divine wisdom and discernment, brother, like He did with Daniel. Being 6 months from finishing residency, it hasn't been easy but I can attest to the Lord's grace though it all. Blessing to you and your beautiful family! "Those who have insight will shine brightly like the brightness of the expanse of heaven, and those who lead the many to righteousness, like the stars forever and ever. (?Daniel? ?12?:?3? NASB)

This is beautiful, I am going to school now for my masters; education is the plan in some way. To have knowledge is freedom, I want to give people freedom. The freedom to hear and ask what do I need to be saved? The Holy Spirit leads, I only hope I continue to be lead like Claude ain't no such thing as coincidence. Let's be led, beautiful are the feet of those who unashamed carry the Gospel of Jesus Christ in their heart, in their walk and on their tongue. Thanks for the story!

Sometimes it is all to easy for each or any of us to get distracted or caught up in the cares or pursuits of this world or ourselves(both good and bad cares alike)-but when we see our Lords incredibly incomprhendibly beautiful love -walked out nd worked out in each little thing or moment that some might think mundane or not of proposed value we might might initialybseek or expect-That is when we see and give our Lords incredibly wonderful Love-and oh how world shatteringly and putting back togetheringly absoultely captivating and freeing is the Love of our beautiful Saviour! Amen and may the Lord continue to strengthen your family and do his mighty majestic works in you and your families-